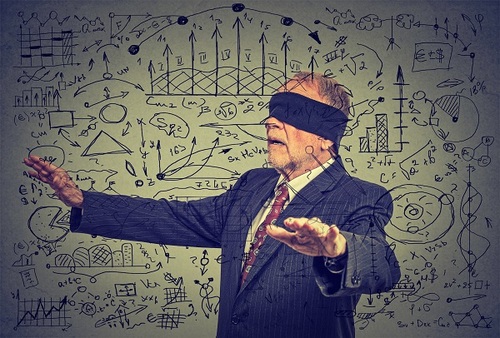 When it comes to running a successful business it’s key to remember that A comes before E in the alphabet.

As I continue to reflect on what lessons I have learned over the past 25 years in recruitment, I’ve come to realise it all comes down to one word, accountability.

And when it comes to engagement and culture I suspect many of Australia’s business leaders and HR managers don’t truly understand it. I know I didn’t.

In fact, I’m on record saying that before the GFC, we were so obsessed with culture and engagement that we were running more of a social experiment than a business.

At the height of our social experiment, we created a global precedent by giving someone three months paid conception leave. Yes, we paid a person to take three months leave to do whatever activity it is that usually leads to pregnancy.  We truly were a great place to work. No wonder BRW rated us as one of the top 10 best places to work in Australia.

Our culture was focussed too heavily on being a nice place to work. Nice doesn’t pay the bills and it’s not fair to your people. Your job as a leader is to make your people successful and your job as a business owner is to make a profit. You can’t have one without the other.

I recently heard Andrew Bassett, the MD of Seek, talk in Brisbane about his views on what challenges lie ahead for Australian business and workers.  Bassett used the other C word – complacency. This, he said, was his greatest fear for Australia. Technology will replace many jobs and Bassett, who is well placed to comment, was not optimistic that sufficient new jobs will be created to replace those that are lost.

He believes many Australian businesses are being too complacent. Complacency is a terminal diagnosis in our rapidly changing world and most businesses are not adapting at the rate which is required to survive.

I would extend that to include individual workers. Most are equally complacent; few are doing the brave work required to upskill and remain relevant. This should come as no surprise as few companies are focussed on creating genuine learning cultures where people are held accountable for their own development.

Most companies are still stuck in the social experiment paradigm where engagement scores and keeping people happy is the prime focus – staff turnover is to be avoided at all costs.

But in reality, to develop our people, we need to push them outside their comfort zones in ways which will reduce engagement scores and lead to increased turnover, and that’s ok.

One thing I know to be true is that no matter how many doona days and other perks you offer, people are happy when they are succeeding and they are unhappy when they are failing. In the future world of work, if people aren’t taking responsibility for their own upskilling there is little doubt they will fail and so will the companies who employ them.

Culture, I now realise, must support your desired business outcomes. Today, I describe our ideal culture as an innovative and high-performance culture, which is also a great place to work.  It’s the culture we need to have to adapt and succeed in the face of the threats technology poses to our business model. A great place to work is not causative, it is a consequence. The focus is on innovation and performance.

So, what can leaders do to become more focused on accountability? Is it possible to create a culture where it’s ok to make your people uncomfortable?

Apparently, it is. I recently attended a workshop with Harvard Professor Bob Kegan. Kegan has been studying what he calls DDOs – deliberately developmental organisations. These organisations have cracked the code on how to build a culture in which the organisation is committed to developing everyone and everyone is committed to and held accountable for their own development. His book is called An Everyone Culture.

In my next blog, I’ll share some of my learnings from Kegan. In the meantime, you might take the time to reflect on where you and your organisation sit on the spectrum of social experiment at one end to sustainable 21st-century business at the other end.

It’s a matter of learning your ABCs.

Rob Davidson is the Founder and Director of Growth at Davidson. He describes his main role in the business as ‘the thinker’ and he constantly searches local and international markets for growth opportunities. His role connects him to a myriad of recruitment industry leaders and he is passionate about creating a sustainable future for the industry through building better entrepreneurs. He is committed to life-long learning and sharing that knowledge.  Follow him on LinkedIn  https://www.linkedin.com/in/robdavidsontalentstrategy/

about 4 years ago by Rob Davidson