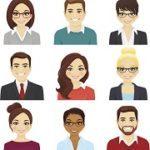 When people think about diversity in the workplace, it is often the perfect male to female ratio that springs to mind, but factors such as age, race, cultural background, education and more that all contribute to true diversity.

Having said this, gender diversity is definitely on the tip our tongues. The Financial Review mentions almost daily the lack of female representation on ASX listed Boards or the widening pay gap in our big businesses, and the issue was further highlighted at recent celebrations of International Women’s Day.

But why is this such an important topic and at the top of so many government and corporate agendas?

It is well researched that gender equality in the workforce offers benefits to an organisation far beyond a numbers game. U.S. Ambassador-at-Large for Global Women’s Issues, Catherine Russell states that “If the world closed the gender gap in workforce participation, GDP would increase by 28 trillion dollars by 2025. She also said that “studies have found that countries with less gender inequality are more secure, and peace agreements last longer when women are at the negotiating table.” That sounds pretty good to me.

As an executive search professional with over a decade of experience recruiting Board and executive roles across the not for profit industry and the public and private sectors, I have a lot of conversations about gender balance with many hiring managers, although, I must say that sometimes I have to question how genuine and committed some hiring managers are, but that is a topic for another day.

As far as achieving gender-balanced shortlist goes, as they say in the classics “anything worthwhile doesn’t come easily”. I can honestly say that this is where I’m truly earning my fees, as my search efforts have never been more intensive than they are currently. You may have heard about the famous Accenture report about men applying for a role when they satisfy 50% of a role’s requirements whereas females may satisfy 75% and they won’t apply because they believe they don’t have prerequisites for the role. The reality is that I don’t think anyone has ever satisfied 100% of a role’s requirements and if they did they probably wouldn’t last too long in the role due to lack of a challenge.

Given this fact, males will always apply for a role when I run a job advertisement, but working with prospective female candidates around their ability to do the role and encouraging them to apply is truly satisfying.

By removing the unconscious bias in the shortlisting process it ensures women are not unnecessarily disqualified before the opportunity to interview, but in addition to this, it provides a recruitment consultant far greater leverage to present candidates, male or female from different sectors and backgrounds.

In most sectors there tends to be a higher percentage of male or female executives, for example, engineering and infrastructure sectors tend to be more male dominated vs the community services slightly more female dominated.

Which brings me to highlight a recruitment methodology which is by no means new, and something I’ve been using since I joined the executive search industry over a decade ago – it is what human resources professionals refer to as “job definition” or more broadly how a role is defined in terms of deliverables and outcomes.

Typically position descriptions are being presented as a lengthy document outlining the day to day tasks and responsibilities of a role, which to be honest can be somewhat mind numbing and often fail to provide any true insight into what outcomes you are most looking for.

It’s not until you speak with the hiring manager and ask them to visualise themselves having appointed this role and reviewing the successful candidate’s performance 12 months down the track, then ask the question “what will they have achieved and what outcomes would you have seen”?

It is this conversation which brings about a change in the mindset of the hiring manager. For all roles, whether it be a Non-Executive Director, Chief Executive Officer or even a senior manager I find that roles can be defined in 4-8 key deliverables or outcomes. For even the most conservative managers, taking them through this process will bring about a shift in mindset.

Usually a hiring manager will come into the discussion with a perceived idea that the candidates must come with sector knowledge, however, upon understanding the key outcomes of the role, the candidate having this intimate sector knowledge can almost certainly be less vital.

Being a third party facilitating this discussion adds enormous value in this process, as most typically the outcomes of a role like budget management, stakeholder engagement, leadership are almost certainly not industry specific.

So by starting with the requirement of a gender balanced shortlist, I’ve seen clients gain far greater benefit beyond just gender diversity. By appointing people from different sectors who bring the competencies required to achieve the outcomes of the role but also the ability to question current processes and approaches. Sure, it may take the new appointees a couple of months to be brought up to speed on industry specifics including stakeholder relationships and the ever growing list of acronyms, however, in the long run the organisation is in a far greater place.

We at Davidson understand this market and believe there is much more to do beyond providing clients high-quality executive search services, and as a result we are focusing a lot of attention of highlighting the leadership of female executives (and upcoming executives) through initiatives such as the “Top 50 Women in the Public Sector”. This has been designed to put the spotlight on these amazing female professionals, recognise them, help build their profile and most importantly build confidence (www.publicsectorwomen.com.au).

If you were interested in discussing this concept in any way and want to understand how your organisation can achieve greater diversity (beyond just gender) and be more innovation in what you do – all which starts with your people and thus your recruitment approach, don’t hesitate to give me a call.

almost 4 years ago by Jarrod McLauchlan