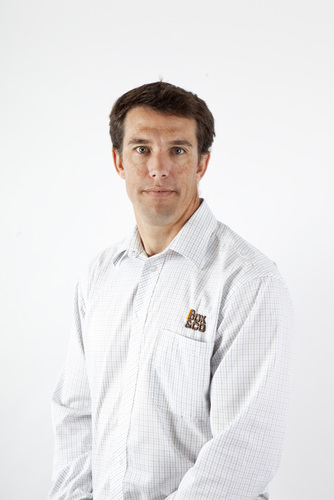 Davidson Projects & Operations consultant Merryn Thomlinson continues her conversations with leading construction managers to determine the future of work within the building and property industry and how we can prepare.

Simon Box is the Director of leading commercial construction company Box & Co who are making a name for themselves in the industry for their forward-thinking approach. Simon chatted with Merryn about the future of the industry and how we can best prepare today’s workforce.

Can you tell me about your career pathway to date and how you came to be the Director of Box & Co?

After that, I came back to Australia and worked as a consultant in my own small business as a Project Manager and Quantity Surveyor. At that time, the family company G & J Box had been wound down as my dad had decided he had had enough. Between G & J Box and Box & Co, there is probably a seven year hiatus, and then my brother Jeremy and I started Box & Co in 2006.

What effect do you think technology will have on the construction industry in the next 10 to 20 years?

It is going to have a significant impact. I think communication will be one area, as the use of mobile technology is changing quite rapidly. I think I can see in the not too distant future that most people on site will have tablets and interactive computers or phones where they can do most things on site, as they go, rather than going back to an office to access drawings, defects etc.

I think the area of pre-fabrication will grow as well. There is a big push in the pre-fabrication part of the industry right now and also 3D printers where they are actually printing whole buildings now. That is pretty mind boggling. There is a lot of work being done in robotics now as well for the laborious tasks like bricklaying and rendering. A lot of buildings are bespoke one-off designs so it is hard, unless they are repetitive floor plates and things like that to get something robotic.

Obviously BIM is a big trend that is coming in, as is 3D modelling and interactive design, which involves all the consultants and the builder. I believe they are probably the major ones that will impact us.

What trends do you see happening in the market at the moment?

If we are looking just at the market in Queensland, the biggest one is the high-density residential building trend. There is no mistaking that there is a mini-boom happening there right now. That is probably the major one.

I think it is still very competitive as a trend. I’m not seeing margins or competition changing too much. From a Brisbane and Queensland perspective, that is the major trend at the moment.

What do you think we need to be doing today, to prepare for tomorrow?

The biggest thing now in business, regardless of whether it be construction or any another industry, is that you need to be agile. All businesses needs to be agile, so you can adapt to change quickly. That could be anything – it could be your business systems, your resources or the type of work that you do.

What do you wish you knew at the start of your career that you know now?

I wish I knew just how important people are to your business and how important culture is in a business. That is something you learn through the journey by making mistakes on certain hires or certain roles, but that is what our business is built on – our people.

What do you look for in new recruits?

The number one thing for me is do they fit the culture of my business. My questions all come around how they approach things, how they negotiate things, what they do in their spare time, what interests them and what do they do if they have a problem.

By asking these type of questions, you can determine their personality, rather than focusing on their CV that they have rehearsed. I always try to get a few curly questions in there to really understand their personality because obviously seven out of 10 candidates, that come forward, are going to have the competency skills, but it is whether or not they are the right person for your business.

What are some of the big challenges facing your industry now?

I think the culture of undercutting is still there. That is something we try to avoid. I think wage costs are a significant challenge, and I think that is as a result of the mining boom. All the wages got blown out so much in that time because the big mines could pay what they wanted to just get their projects done. People come away from that thinking that there is a certain expectation of salary and you are constantly battling with them to advise them on what is real.

If you are paying guys too much you don’t get the productivity. So productivity is a big issue for us, and obviously getting salaries back to something that is reasonable. I don’t think there is going to be deflation in salaries, but it is probably more just keeping a lid on it.

And in the next five years?

I think we are going to see a big increase in activity, probably starting from the middle of next year. That is largely due to the fact that the US economy is really going well, and Australia mirrors that at some point.

Experts are saying the middle of this year, so that will be a challenge the next five years as it might be a five year cycle. We need to prepare and be ready for that. Having procedures in place to manage some growth, the volumes of work etc. That is probably the challenges for the next five years.

Margins seem to continuously becoming tighter, how has this changed from when you first joined the construction industry?

I think from my perspective, my perception of margins becoming tighter has changed. I think the culture of undercutting and the fact that people come in on low margins is just a self-fulfilling prophecy in a way.

Let’s just take a $5 million job, $4.5 million of it is cost and half a million of it is margin. So why would you cut the smallest component of the job costs to try and win the job? Why wouldn’t you look back at your program and ask, can I do this smarter? Have I got enough subcontract coverage? Have I thought about the best way to do this? Is there a savings I can put forward through my experience?

And how do you think they will change in the next 5-10 years?

I think they will go up because I think the activity is going to go up. We’re not going to be a contractor who will expand five times, but the pricing strategy is the most important thing. We will probably take on a similar bind, but just increase our margins a little bit.

I think for too long, contractors have undervalued themselves. We are the guys out there taking the most risk, generally not the clients. Because most of the time contracts are geared towards the client. We are the ones taking all the risk, why wouldn’t you want to get paid for that properly?

There are so many risks: safety, industrial relations, quality, rain, latent defects, all those sorts of things that are thrown on to the builder deserve to be appropriately allocated as margin.

What do you think the next generation joining the construction industry needs to be aware of and focus on to be successful?

You have to look at greater fulfilment. You’ve got to be enjoying what you are doing. To enjoy what you are doing, you have to have good people around you. I think the next generation needs to be particularly thinking about that, if they want to be successful. We couldn’t have been successful if we didn’t have an empowering good team of people. I think that is one thing.

Hiding behind email is a trend that is becoming quite dangerous and superficial. You’ve got to pick the phone up and you’ve got to continue having contact with people. You sort many of your problems out when you have meetings. Hiding behind the digital world is something that I think needs to be looked at.

In saying that, I think being digitally savvy is important. I think being on the front foot with that and all the different changes, whether it be cloud technology or the types of systems that are out there, phones and big data, is a must.

I’m pretty focused on doing that because as a leader of a company, I want to be able to tell my staff about it, rather than being told about it. Remaining relevant is a big thing, even for the next generation.

Merryn Thomlinson is a Consultant with Davidson Project & Operations and this is part of a series of interviews  she is conducting on the future of the construction industry. Her last chat was with Pellicano’s Construction Manager Chris Nock and Hutchinson Builders Chairman Scott Hutchinson.

almost 5 years ago by Sarah Morgan