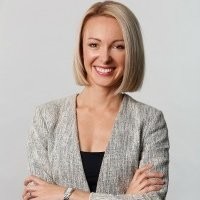 Elizabeth Cosson is a name which should long be remembered in Australian history.

In April, Cosson was appointed to the role of Secretary of the Department of Veterans Affairs heralding the realisation of what had been a dream for many –gender parity in the upper echelons of the Australian Public Service (APS).

“We now have achieved gender parity at the most senior level of the APS, with nine women and nine men serving as Commonwealth Secretaries,” Prime Minister Malcolm Turnbull was excited to announce at the time.

It is a laudable achievement, but disappointing that achieving gender parity in senior positions within the APS continues to be newsworthy – or even notable.

The reality is that female representation does drop off between middle management and executive levels throughout Australia’s public sectors across local, state and federal levels and there needs to be a more concerted effort to redress this.

And while we should rightly acknowledge achieving gender parity at such a senior level, there is still much which needs to be done for this to be realised at all levels of Australia’s federal, state and local government levels.

Data released in March by Local Government NSW reveals that across NSW’s 128 local councils, women hold just 18 (14 per cent) of CEO or General Manager positions with women holding less a third of Mayoral roles (29 per cent). Some NSW Councils have no female elected representatives.

A January 2017 report from the Victorian Public Sector Commission (VPSC) reveals that while women account for 67 per cent of the public sector workforce, they hold 44 per cent of executive level positions.

So why does female representation consistently drop off between middle management and executive levels for across all levels of government in Australia?

“I think it is down to a combination of issues,” Wendy Steendam, Victorian Deputy Police Commissioner said. “The biggest of these is unconscious bias in individuals as well as systems or institutional bias.

“One of the biggest challenges for police and the public sector is the opportunity for flexibility of roles. We need to constantly look at how we adjust roles to accommodate obligations outside of work.

“Creating opportunities for part-time policing and having flexibility makes a difference to whether women stay in the organisation when trying to balance home life with work and ultimately consider executive positions.  We are continuing to improve this every day, looking at ways to support an ‘All Roles Flex’ approach.”

Steendam said around 33 per cent of sworn candidates in the Victorian Police Service are women and this number steadily decreases as you go through the ranks of the service.

“As at 31 March 2018, there were 4,159 policewomen in Victoria Police,” she said. “This represents 28 per cent of all sworn members. In terms of leadership roles, in 2006 women held 5 per cent of positions at the rank of Inspector. By 31 March 2018 that had increased to 18 per cent, and in total, women hold 17 per cent of all Commissioned Officer ranks.”

Kelly Grigsby, Chief Executive Officer at Victoria’s Wyndham City Council said while setting gender quotas was a step towards achieving equality in the workplace, cultural change was what was needed if equality was to be achieved and retained.

“There is some value in setting targets, however, the danger is that they become tick the box exercises,” she said. “Cultural change is a lot less overt, but in my view, a lot more powerful with better ability to address systemic issues and provide longer lasting benefits.

“This requires a strategic intent to developing a narrative around the type of change you want to see and then putting in the effort to embed that in the organisation.  We need to consider change processes that take the time to listen to women talk about their experiences, their aims and goals, the type of organisational culture that exists and the type that they want to develop.

“In this way we can develop the type of organisational and even societal culture that achieves the aim of gender equality, but in a way where the practice and process is as transformational as the outcome itself.”

Elizabeth Koff, Secretary of NSW Health is an advocate of women leading by example. She said women respond well to seeing other women in executive roles and their success encourages other women to strive for executive level positions.

She said initiatives such as the NSW Premier’s Driving Public Sector Diversity, which was developed to increase the proportion of women in senior leadership roles in the State’s public sector from the current 33 per cent to 50 per cent by 2025, are positive steps towards achieving parity.

“Women need to be recognised for the important contribution they make to the public service,” Koff said. “It offers them the opportunity to be role models for other women.”

Koff is the lead judge for this year’s inaugural Top 50 Public Sector Women (NSW) Initiative. The top 50 list was launched in Victoria last year to recognise and honour the work of women working in the public sector.

“This is an excellent opportunity to shine a spotlight on exceptional leaders, highlighting their work and creating role models for other females in the public sector,” Koff said.

The Top 50 Public Sector Women lists are one step to supporting women on their journey to leadership roles. What else should we be doing?

This story was originally published in The Australian. To read the original story click here.

almost 2 years ago by Sarah Morgan