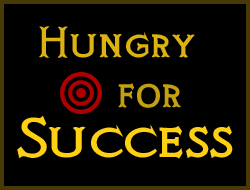 Charles (Red) Scott was a celebrated American CEO and a leading business coach. Towards the end of his career Scott compiled a list of 36 rules or ‘Business Cardinals’ reflecting his philosophy on how to succeed in a competitive business world.

Experience has taught me that we ignore Red Scott’s rules at our peril.

Before we come to the full list, I’d like to explain rule 34 – for me, it’s the one that matters most.

The story goes, that in a distant era, when experimenting on animals was acceptable a team of scientists decided to see what would happen if you tied a group of white rats and brown rats by the leg and placed their water dish just out of reach. To the scientist’s surprise, all the white rats died and all the brown rats chewed their own leg off to get the water.

I’ve Googled this topic extensively and have never found the research paper so I suspect the story is apocryphal.

Still, the message is a powerful metaphor for the importance selecting high performers, people who are hungry to succeed.

In the future world of work, average is over.

In fact, Tyler Cowan wrote an entire book on this topic entitled, Average is Over. Cowan’s message was clear, the best way to counter the threat that technology will take your job is to be excellent at what you do. Technology will replace many jobs in the future but there will always be a place for people who are masters of their craft.

So when you’re selecting staff for your team, it’s useful to ask yourself if you think this person is a brown or a white rat? Are they a high performer or will they be content with average?

Personally, I wouldn’t invest in a business which is prepared to accept average performers anymore. When you’ve got people like John Chambers, the President of Cisco predicting that ‘Forty percent of businesses won’t exist in ten years’ time, they just don’t know it’, you realise that we’ve all got to raise the bar on what levels of performance are necessary, if we are to survive and prosper in future.

The future belongs to ‘brown rats’ and the businesses fortunate enough to attract them.

This sounds daunting as I write it. I get it – I feel it just as much as you do but the prospect of being replaced by a robot isn’t much fun either.

F.O.B.O or the fear of becoming obsolete is now the top concern of employees according to a recent study by Oxford Economics.  There’s not much point in worrying about becoming obsolete if we aren’t prepared to do something to prevent it.

The best response I know is to focus on becoming a brown rat. Understand what excellence in your role looks like and do the hard work it takes to get there. Do that and someone will always be willing to employ you.

Here’s the full list of Red Scott’s rules. See which ones resonate for you.

Rob Davidson is the Founder and Director of Growth at Davidson.

about 5 years ago by Rob Davidson