With the constant pressure to do more with less, there is a growing interest in running lean teams in the public sector.

Lean is a management philosophy that is based on Toyota’s approach to process improvement and was coined in the 1980s by an MIT research team led by Dr James Womack, who later went on to develop the Lean Enterprise Institute.

Given my experience in recruitment within both manufacturing and public sector industries, I have witnessed firsthand the benefits and challenges of running lean teams.

As a recruiter within the government sector in Queensland, I have noticed an increasing interest in the lean approach and how it can be applied in non-manufacturing workplaces.

I am constantly asked, what exactly is the lean approach and can it work within the public sector?

Simply put, the lean approach is based on the analysis of processes to remove and reduce waste.

Some of the key traits of the lean approach include:

Running lean teams is more than just operating in an under resourced environment, it’s about evaluating existing processes and the value they provide the end client or customer.

It has traditionally only been used in manufacturing or similar industries. 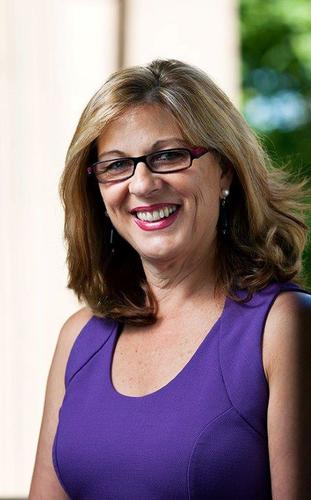 By driving a lean process, Dr Alexander was able to keep Council’s rate increase to below CPI levels over five years, while still putting on two new major events, building two new libraries, a new recreation centre and catering for a 23 per cent increase in the population.

“We wouldn’t have been able to do that without applying the lean approach,” Dr Alexander said.

Dr Alexander introduced the Lean concept after seeing the results of previous restructures and job cuts.

“These days, in cities in particular, population growth and the associated demands, are increasing so we have to do something and show we are being as productive as possible,” Dr Alexander said.

“Beforehand, the Council had employed a consultancy firm to conduct a three-month study. The result was a structure change.

“They changed the executive team by taking a layer of management out of the organisation.

“All up they saved around $7 million in costs. However, the trouble was that the organisation stalled for about a year afterwards. Productivity plummeted, because people were still using the same processes, but with just less people this time.

“As a result, people burnt out and a lot of time and energy was spent on replacing and training new people to drive productivity.

“I worked out it cost around $3.5 million for the Council to save $7 million.”

It was after this process Dr Alexander, who had previously worked in the health sector, began investigating.

Many argue that this approach can be hard to implement in the public sector, when services provided may not be delivered to a ‘customer’ and the value to the taxpayer has to be considered.

“Everyone associates lean with the manufacturing industry,” she said. “The lean approach can be used anywhere.

“People say, but we are different to the manufacturing industry. I think that’s why it hasn’t been picked up as much in the Public Sector as much as it should be.”

Dr Alexander said she preferred the lean approach as it gave her more insight into what the community truly wanted.

“This approach focuses on the customer,” she said. “We found out that we were often wrong in what they wanted and valued.

“An example of this was when we thought the community wanted nurses to be answering the phones to make appointments.

“But what came out was that they didn’t care who they spoke to, they just wanted to ensure their appointment was booked.

“Through this, we managed to cut administration time and it meant that nurses could spend up to 10 per cent more time with the clients rather than answering phones.”

Another area lean processes assisted was in the maintenance of parking meters across the city, which equated to around $3 million in uncollected revenue.

“We had a protocol that if someone called in to report a faulty meter, we did not issue infringement notices for 12 hours either side of the report,” she said.

“When we examined the process we found out that a large percentage of the time, the problem was not that the meter was faulty, it was just full of money.

“The solution was a variable collection program depending on the utility of meters. We had jumped to a solution without really understanding the problem.

“This also had a flow-on effect of a 30-per-cent increase in productivity in the call centre as people calling up to complain about the parking metres had been one of the biggest reason for their calls.”

Once you’ve decided to adopt the lean approach, it can be hard to work out where to start. Dr Alexanders says there is no wrong place to start.

“The idea is to start articulating and dissecting the problem,” Dr Alexander said. “Even if you start in the wrong spot, you can identify that it’s not the problem and something else is.

“It can be slower to get started, but it’s not wrong. I would select three high-volume processes in the organisation and look to engage the relevant managers in the process of analysing and dissecting them.”

To really succeed you need to have the right skills and experience on board.

“You have to have someone who is a guru, someone who understands the philosophy,” she said. “Someone who is very good with the tools, who is able to coach and teach and develop executive teams and the team leaders.”

Dr Alexander said lean is a way of thinking and leading, not just a set of tools.

Dr Alexander said there is always room for improvement and you have to encourage people to think about the real problem.

“By encouraging people to jump to the solution, you miss the opportunity to really analyse a problem and find a solution that fixes the real issue permanently,” Dr Alexander said.

Ultimately, the success of running lean teams is dependent on engaging employees to analyse the existing processes and to contribute to improvements.

This can only come from building a culture and a team that supports this.

Have you operated lean processes in your sector? How did you find it? To continue my research into this area, I would love to hear your experiences.

Anna Fett is a Consultant with Davidson Corporate and is a Government Specialist. Anna regularly writes about matters relating to the workforce and the public sector. Her last blog looked at The future of leadership and how it relates to the public sector.

about 5 years ago by Anna Fett